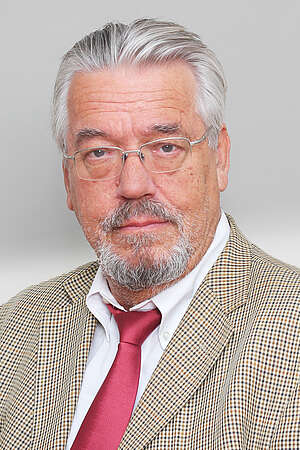 Born November 1944 near Kiel, Schleswig-Holstein (Germany), I visited basic school and high school in Kiel. From 1965 I studied zoology, botany and paleontology at the University of Kiel and reached my doctoral degree in 1971 with a dissertation on genital morphology in lacertid lizards. A few weeks after I got the position of a herpetological curator at the Zoologisches Forschungsmuseum Alexander Koenig (ZFMK) in Bonn which I held until my retirement in 2014. In these years I increased the collection from less than 10.000 to ca. 100.000 specimens. Subsequently additional duties were added to the curatorial function: From 1992 I became Head of the Vertebrate Department and Vice Director of the Institute and Museum.

Research in systematics, ecology and biogeography of amphibians and reptiles, with a main focus on lizards. Founder and editor of „Handbuch der Reptilien und Amphibien Europas“, having edited the first five volumes from 1981 to 1999. Research travels mainly to West and Central Africa including a trans-Sahara mission. Currently (co)author of 775 scientific publications.

Since 1980 teaching zoology at the University of Bonn, followed by the habilitation degree in 1988. Since then supervision of more than 140 master students and 46 doctoral students, plus 30 candidates for state examen. Professorship awarded in 1996. Members of my working group were active in biodiversity research of the tropics of Central and South America (Costa Rica, Venezuela, Peru, Bolivia, Chile), of Africa (Gambia, Guinea Bissau, Benin, Cameroon, Gabon, Kenya, Tanzania, Zambia) and Madagascar, and of SE Asia (Cambodia, Vietnam, Indonesia).

September 1979 host and founding member of the „Societas Europaea Herpetologica“ (SEH) which publishes „Amphibia-Reptilia“, simultaneously founded in Bonn at ZFMK. Elected for president of the society 1993 in Barcelona, re-elected for another four years in Prague. Before, from 1983 to 1991 Chairman of the „Deutsche Gesellschaft für Herpetologie und Terrarienkunde“ (DGHT) which grew from ca. 2000 members to over 5000, making it the largest association of its discipline in the world. Since 1994 honorary member of this society. 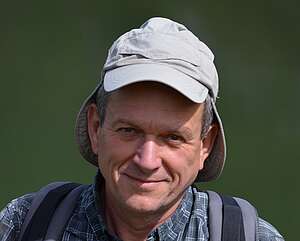 Dan Cogălniceanu was born in 1960 in Bucharest, Romania. He has studied biochemistry at the University of Bucharest and obtained his PhD in Ecology in 1997 on amphibian communities from the Lower Danube floodplain. He was an assistant professor for 15 years at the University of Bucharest, Department of Ecology. Presently he is professor at the University Ovidius Constanţa (Romania) and a visiting professor at Central European University (Vienna). He lectured for two semesters at Eberswalde Technical University (Germany) as a DAAD scholar, was a Senior Fulbrighter in the USA and a Prometeo investigator (Ecuador). His work is mostly focused on the conservation, ecology, biogeography and evolutionary biology of amphibians. Work experience outside Europe includes USA, Qatar and Ecuador. He has published more than 100 research papers and is author of several books and chapters. He is a member of SEH since 1991, member of the SEH Conservation Committee and SSC/IUCN and was chair of DAPTF for Romania. He was a member of the editorial board of Amphibia-Reptilia (1996-2000) and currently is an associate editor of Herpetological Conservation and Biology.

“A whim of the gods: reptiles in the Garden of Eden”
Dr Xavier Bonnet
CEBC UMR-7372, CNRS & University of La Rochelle, France 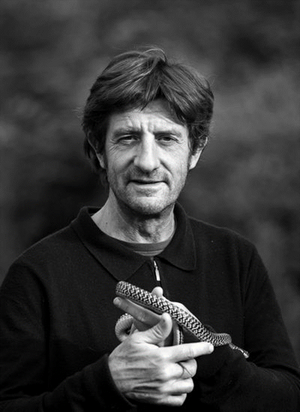 Xavier Bonnet, born in 1963, is a Senior Researcher employed by the CNRS, its laboratory named Centre d’Etudes Biologiques de Chizé is located in France (UMR 7372 CNRS-Université de la Rochelle). During the past 30y, XB studied snakes, tortoises and humans mostly in the field (e.g. France, Morocco, Togo, Australia, New Caledonia, North Macedonia). Its approach combines mark recapture monitoring with eco-physiological investigations. XB regularly shifts from fundamental to conservation issues. A substantial part of its activity is devoted to environmental education. Besides long term filed surveys, XB is the PI of a project on the swimming ability of snakes and on a project about ophiophobia. 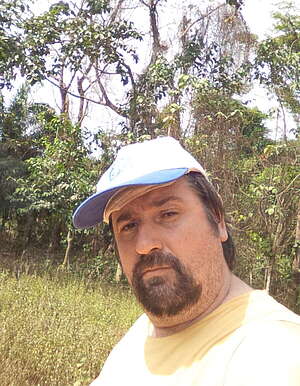 Luca Luiselli, born in 1965, Italian and Nigerian citizenship, is an ecologist mainly working in Africa on reptile communities, turtle and tortoise conservation, bushmeat trade and global ecology and conservation. Concerning European species, it has focused his scientific interest mainly on viper ecology and snake community ecology. He currently teaches “Tropical Ecology” at the University Roma Tre (Rome), “Population Ecology” and “Biostatistics” at the University of Lomé (Togo) and at the Rivers State University of Science and Technology (Port Harcourt, Nigeria), and is a visiting professor at the Universities of Ouagadougou, Dedoudou (Burkina Faso) and Juba (South Sudan). During his career, he has won over 30 international research grants, mainly for studies on African turtle conservation ecology. He has published so far over 300 peer-reviewed papers, many of them on reptile ecology and conservation